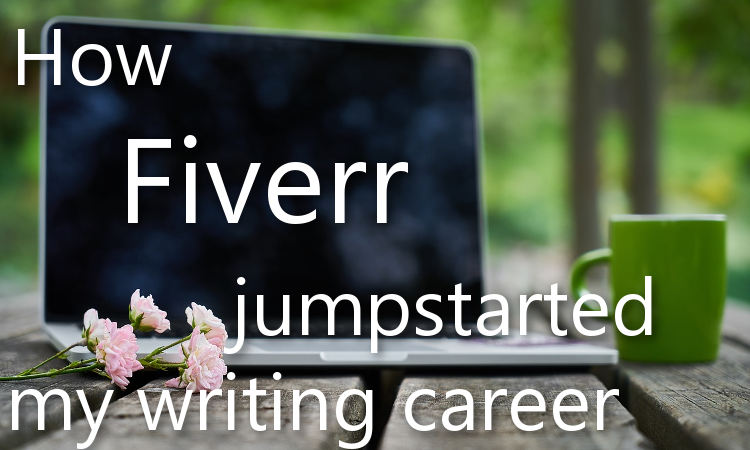 For years, long before I knew Fiverr, I have tried to make a career out of… well… anything. I dyed wool and tried to sell that, I knitted clothes and accessories, I wrote knitting patterns, sewed cloth diapers and menstruation pads, helped my husband create hand drawn cartoons, made YouTube videos, blogged and vlogged, made soap, followed a business school … None of it worked. It’s like the Universe didn’t want us to succeed and take care of our family on our own. Until I found Fiverr… what started as a joke and try-out, turned out to be the right path.

Heart not in the right place 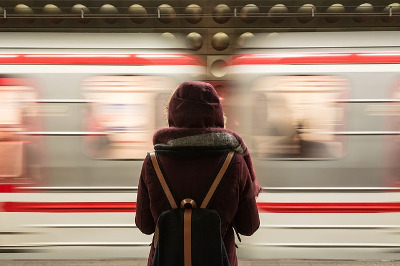 I have to admit, even though I tried to do all those things, the reason behind them was simply “make an income”. Deep in my heart there has only been one thing that I wanted to do in my life: be a mom. I wanted to be with my kids, spend my days with them, focus me on their education, focus me on them. Since I was a small child, the only thing I have ever wanted was having children and be their mom full-time. I pushed myself through elementary school, had to push even harder during high school until all those time-wasting years were over and I could start my family. Man, those years were terrible. Classmates full of dreams and plans for their future, jobs they wanted to do, ideas they had for their lives… I never understood a thing they were saying. I had no personal goals, didn’t want to become something on my own and certainly wasn’t enjoying all the time I was waisting in a place where I didn’t want to be.

But I waited. Until the summer I was finally done with high school. I couldn’t get pregnant fast enough. Finally free of all the limitations and with a boyfriend that was willing to start a family with me. 2 months later, our oldest daughter was on her way. Finally, my life could begin!

Being the mom I never wanted to be 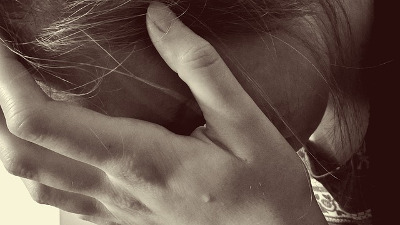 But of course, like in all non-fairytales life doesn’t go the way you want it to go. We were poor from the start, my husband tried some jobs, but he wasn’t the most consequent worker to sustain his family all those years. We had amazing family surrounding us, helping us out in every way possible, for which I will be eternally grateful. But our life on its own didn’t work.

You can only be a full-time mom, focussing on her children and only that, when you have a strong partner behind you, taking care of putting food on the table. I didn’t have that. He tried, but he’s just not someone who takes action in life or wants to climb to the top of things.

So I tried all those jobs that I summed up above, hoping to at least be able to keep the dream of being that mom I always wanted to be. But combining a job and raising and educating my children was a failure every time I tried.

I just wanted to be a mom.

My biggest regret is that I let it transpire for way too long. It took me so many years to finally get over myself, rip my dream apart and really start fighting to get on top of things. I should have done that sooner. But I held on to my dream of only being a mom for too long. Until I was sick of everything. 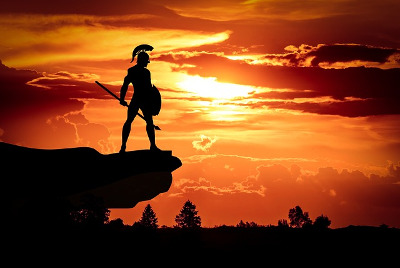 I took matters into my own hand. Trying to get us out of our predicament. Selling our house and traveling around Europe should have been that fresh start that we needed. But it took some time to “get there”. I tried the typical YouTube thing of making traveling videos, but they pretty much sucked. I still had hope that my husband would see the light and would take over from me, so I could still be with our children, but it was me who crawled from under our rock.

By the beginning of this year, I grew a pair of balls and got a hold of myself emotionally (kind of), which made me stand up for myself and stand stronger. Yes, our marriage got a huge blow, but that is what happens when someone has to give up their biggest and only dream by force.

Suddenly, a nice project came on my path. Following my intuition, I volunteered to help them out creating this learning-while-earning program. In the end, that project turned out to be a huge scam, but I did found a group of friends there with whom it clicked. One of them wanted to start his own company and we all stepped into that new endeavour.

Weeks of promises, lots of potential, but no action later, I took matters in my own hand again, left the empty words and company behind and jokingly started an account on Fiverr.

Fiverr… the joke that became the greatest opportunity 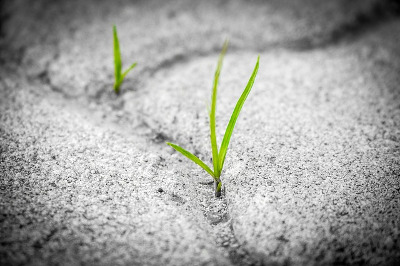 I never expected it, but that account started growing. The gigs I offered were of course writing gigs, as that was the passion that I always have had since I was a toddler, without me noticing that it was a true passion and skill that I had. Writing has always been there in my life, something that I never had to think about, it just came to me. It was in fact so “normal” in my life, that I didn’t notice that it was a skill that I had, that not everyone has, until I met some of those people this year.

And strangely enough, clients actually came to me on Fiverr and offered me jobs. Little jobs at first… some proofreading here, a short article there. But they quickly turned into bigger ones and the ball started rolling. The sweet and positive reviews started to pile up, attracting new customer and more jobs. One-time customers started to ask for long-term working relationships and the ball kept rolling. And rolling, and rolling, and rolling.

Fiverr started as a joke. A “it will be nothing, but hey, why not try?” kind of thing. It ended up saving our family.

Negative vs. positive: what do people think about Fiverr? 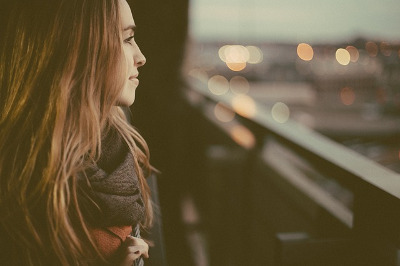 I know that Fiverr gets its share of negative comments online. Things from “they take away 20% of everything you earn”, over “it’s not worth your efforts”, to “they are a scam and never help their entrepreneurs”. And yes, some of those things are right. They do run away with 20% of every job you did. They even take 20% of the tips people leave you, when you did an extraordinary job (try explain that to an American waitress… I challenge you) and their helping efforts towards us are a joke, as they only protect the customers.

But I also own them my family. It’s thanks to Fiverr that I am able to feed my children and pay the bills. They brought me so many amazing clients, with so many different jobs. I have learned a huge amount of new writing related skills in record time and grew so much as a writer these past few months. I’m actually doing it. My family is crawling out of whatever it was that we were in and it’s all on me. And Fiverr. Without Fiverr, we wouldn’t have been where we are now.

So yes, let them take 20% of everything and ignore me when I try to get in contact with them. I don’t care. Fiverr is an amazing way to crawl out of rock bottom, when you have nothing left. 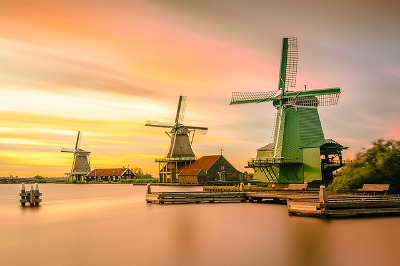 When I just started my Fiverr account, I read a lot of articles about their website and project. Tips and tricks, more information, warnings… I read it all.

The tip that helped me personally the most was this:

“When you are able to work in another language than English on Fiverr, embrace that! English might look more universal, make you reach more potential clients, but the competition is enormous. You’ll get more jobs when you focus on a language other than English.”

And so it did… I promoted my Dutch gigs more than I did my English ones and it was a huge success. 90% of my customers on Fiverr are Dutch. And it’s no wonder… the Dutch market on Fiverr is very small, there are just not that much Dutch writers on there.

Future plans… to Fiverr or not to Fiverr?

At this moment, as it’s been only a couple of months now, Fiverr does bring me many clients, but not that big of an income yet. Fiverr is a medium where people go to when they don’t have too much money to spend on services like text writing and more. So for now, it’s a lot of work for a small income. I mostly start working early in the morning and only come from behind my computer when it’s almost midnight.

Looking to the future, I hope to make my writing business grow and earn more normal prices for each text I write. Maybe find some customers without Fiverr? No idea how to get there, but that is at least my next goal. If someone knows how to attract customers without using Fiverr, please let me know! Until then, Fiverr will be my go to medium. Our family is finding standing and it’s all because of that controversial website that many people warn you about. Fiverr rocks! 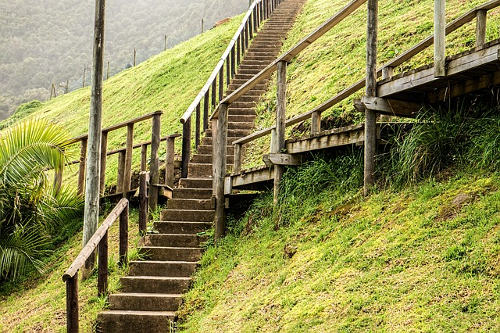 Escaping survival mode: the path to a better life

The Sword of Damocles

Selfcare is overrated and that’s ok…